The British live on the island of Great Britain. It is also home to the Scots and Welsh. The British themselves are the product of a mixture of many ethnic groups – the most ancient Iberian population with peoples of Indo-European origin: the tribes of the Celts, the Germanic tribes of the Angles, Saxons, Frisians, Jutes, to some extent – the Scandinavians, and later the Franco – Normans.

National character is tenacious among all peoples. But this does not apply to any people more than to the British, who, apparently, have something like a patent for the vitality of their nature. Thus, the first and most obvious feature of this nation is the stability and constancy of the character of its constituent individuals. They are less susceptible to the influence of time, passing fashions than others. If the authors writing about the English, in 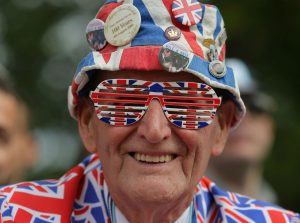 many respects repeat each other, this is explained, first of all, by the invariability of the foundations of the English character. It is important, however, to emphasize that for all its stability, this character is composed of very contradictory, even paradoxical features, some of which are very obvious, while others are subtle, so that every generalization concerning the British can easily be challenged.

The curiosity of the British allowed them to get acquainted with the best of what other peoples possess, and yet they remained true to their traditions. While admiring French cuisine, an Englishman will not imitate it at home. Being the epitome of conformity, the British at the same time maintain their individuality.

It cannot be argued that the British have never changed. Change is happening all the time, but these differences, so visible outwardly, do not affect the nation.

Good or bad, but the original features of the English nature still remain a kind of common denominator, have a profound impact on the national character and general lifestyle.

When it comes to the “hard upper lip” of an Englishman, there are two concepts behind it – the ability to control oneself (the cult of self-control) and the ability to respond appropriately to life situations (the cult of prescribed behavior). Neither one nor the other was characteristic of the British until the beginning of the nineteenth century. Equanimity and self-control, restraint and courtesy were by no means traits of the English character for the “gay old England”, where the upper and lower classes of society were more likely to have a violent, hot-tempered disposition, where there were no moral prohibitions for defiant behavior, where public executions and flogging with rods were a favorite sight , bear and cockfighting, where even humor was mixed with cruelty.

The principles of “gentlemanly conduct” were elevated to a cult under Queen Victoria. And they prevailed over the tough temper of “old England”.

Even now the Englishman has to wage a constant struggle with himself, with the natural passions of his temperament, rushing out. And such tough self-control takes too much mental strength. This can partly explain the fact that the British are heavy on the rise, tend to go around sharp corners, that they have a desire to be outside of prying eyes, which engenders a cult of private life.

It is often enough to watch the English crowd at a national holiday or at a football match to feel how the national temperament is torn from the reins of self-control. 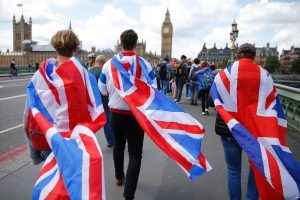 Modern Englishmen regard self-control as the main virtue of the human character. The words: “Be able to control yourself” – like nothing better express the motto of this nation. The better a person knows how to control himself, the more worthy he is. In joy and in sorrow, with success and failure, a person must remain calm at least externally, and even better – if internally. From childhood, an Englishman is taught to calmly endure cold and hunger, overcome pain and fear, curb attachments and antipathies.

Considering an open, uninhibited expression of feelings a sign of bad manners, the British sometimes misjudge the behavior of foreigners, just as foreigners often misjudge the British, taking the mask of equanimity for the face itself or not realizing why it is necessary to hide the true state of mind under such a mask.

The Englishman is usually tall, his face is wide, reddish, with soft pendulous cheeks, large red sideburns and blue, impassive eyes. Women, like men, are often very tall too. Both have long necks, slightly protruding eyes and slightly protruding front teeth. Often there are faces without any expression. The English are distinguished by moderation, which they do not forget both during labor and in pleasure. There is almost nothing ostentatious about the Englishman. He all lives first and foremost for himself. His nature is characterized by a love of order, comfort, a desire for mental activity. He loves good transport, a fresh suit, a rich library.